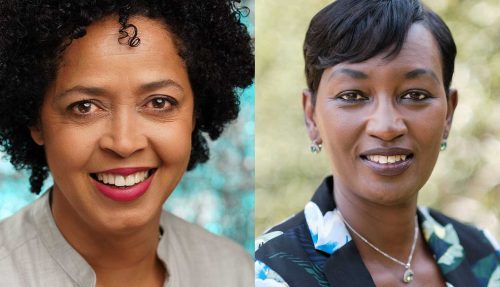 Gland, Switzerland, January 31, 2022 / TRAVELINDEX / Rosette Chantal Rugamba, a 24-year veteran of the African ecotourism and protected areas sector, and Dr Paula Kahumbu, one of Africa’s best-known wildlife conservationists joined the organisation’s International Board as trustees on 1 January 2022. Ms Rugamba and Dr Kahumbu’s extensive experience on the African continent will be a strong asset to WWF International as it works with communities and partners to help build a nature-positive world by 2030 and put women’s participation in decision-making at the forefront.

WWF’s work in Africa plays an important role in the organisation’s global conservation efforts. The addition of two new female Board members is an important outcome of WWF’s goal to promote gender equality as an integral part of the mission to ensure that the planet’s natural resources are shared fairly.

Based in Rwanda, Ms Rugamba is founder and Managing Director of Songa Africa and Amakoro Songa Lodge, an East African tourism and hospitality company, and serves on the board of Women For The Environment Africa, a body whose aim is to empower women leaders working in conservation in Africa. She previously served as Director General of Rwanda tourism where she spearheaded the revitalisation of the Rwandan tourism sector between 2003 and 2010. She has also served as Deputy CEO of Rwanda Development Board which oversees the development and management of the country’s world-famous protected areas, as well as being special advisor to the Secretary General of the United Nations World Tourism Organisation on sustainable tourism in Africa and a member of the Global Ethics committee at the United Nations World Tourism Organization. Ms Rugamba has also served as a board member of African Parks and Trademark East Africa and is an active member of the Rwanda Private Sector Federation where she has served as President of Tourism in the Women’s Chamber.

Based in Kenya, Dr Kahumbu is the CEO of WildlifeDirect, a charitable organisation which aims to connect people to nature and wildlife so that they treasure it and act to conserve it. She is also the creator of the Hands Off Our Elephants campaign with Kenya’s First Lady Margaret Kenyatta, as well as the producer and host of Wildlife Warriors, Africa’s first wildlife documentary series made by Africans. She formerly worked for the Kenya Wildlife Service heading up the research and parks departments, and Lafarge Eco Systems, the environmental arm of Bamburi Cement. She has won numerous awards and received a special commendation at the United Nations Person of the Year celebrations for her role in raising awareness of the crisis facing elephants in Kenya. She is a lecturer at Princeton University, is the Rolex National Geographic Explorer of the Year, winner of the Whitley Gold Award, and is a National Geographic Emerging Explorer. She holds a PhD in Ecology from Princeton University.

Rosette Rugamba said:
“Serving on WWF’s board is a great opportunity to increase my contribution to collective efforts to save our planet and help safeguard the future of nature and humanity. I am humbled and enthusiastic to join the “panda family”!

Dr Paula Kahumbu said:
“I am deeply grateful for the opportunity to work with WWF in transforming conservation and climate change outcomes at a global level. It is an honour and a privilege and I look forward to working with the team.”

Marco Lambertini, Director General of WWF International, said:
“I am delighted to welcome Rosette Rugamba and Paula Kahumbu to the WWF International Board. These esteemed leaders share a passion for and experience in the fields of African conservation, sustainable tourism, protected areas, community engagement and women’s empowerment. They are both an inspiration in their passion and achievements in marrying nature conservation and socio-economic development. Given the significance of Africa to conservation, it is an honour to be able to count on the support of two tremendous African leaders based on the continent who bring with them a wealth of directly relevant experience and insights.

“Additionally, at a time when WWF is working hard with communities and partners to help build a nature-positive world by 2030, our new trustees will provide crucial insight that will help our efforts to promote gender equality as an essential building block for sustainable development and effective conservation.”