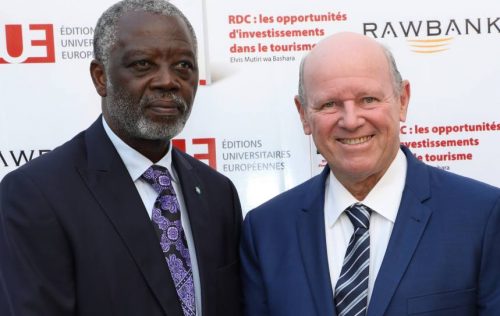 Goma, Democratic Republic of the Congo, June 2, 2021 / TRAVELINDEX / As South Africa returns to stricter lockdown followed the appearance of the South African President, H.E. Cyril Ramaphosa spelled out the worrying Covid situation on many international news channels. South Africa’s latest announcements comes just as the Democratic Republic of Congo (DRC) sees Goma facing the catastrophic effects of the volcano, Mali with a coup d’etat and being evicted from the West African Bloc ‘ECOWAS’ among so many other challenges facing the continent.

“It is very clear that as the continent makes one step forward, it is pushed to retreat by two or three steps back. These challenges are hurting and we say we must stand strong even under these challenging times” said Alain St.Ange, former Tourism, Civil Aviation, Ports and Marine Minister of the Seychelles.

• For the African Tourism portal , Connecting Africa to the World, go to TourismAfrica.org

From South Africa the news broke out saying:- “In an effort to counter the increase in the number of Covid-19 infections in South Africa, President Cyril Ramaphosa has announced that the country will be placed on Adjusted Alert Level 2 with effect from today (31 May 2021). The President announced in a national address on 30 May 2021, that the Ministerial Advisory Committee on Covid-19 has recommended that South Africa urgently implement further restrictions. The new restrictions include: An evening curfew between 23:00 – 04:00, Non-essential establishments such as restaurants and bars must close at 22:00 to allow staff to travel before curfew, All gatherings are limited to 100 people indoors and 250 people outdoors, Where a venue is too small to accommodate these people, then no more than 50% of the venue capacity can be used, Funerals remain restricted to 100 people, while after-funeral gatherings remain prohibited, Night vigils, after- funeral gatherings and ‘after-tears’ gatherings are not allowed, It remains mandatory for every person to wear a face mask that covers their nose and mouth at all times when in public spaces. It is a criminal offence not to do so”.

From the Volcano in Goma of Congo DRC the elected Member Hon Elvis Muturi wa Bashara personally spoke to me and updated me on the situation on the ground. Hon Muturi who resides in Goma sees the need for a call of action to give a break to the affected population especially as a second volcano warning is being discussed for Mount Nyiragongo and Mount Murara in the Viruga National Park. Geoffrey Lipman, the Creative Disruption Architect at The SUNx Program is one who is leading the call to action. This disaster arrived as a second change of Government in Mali took place pushing the ‘ECOWAS’ to react and evict Mali from its West Africa Body.

• For the African Tourism portal , Connecting Africa to the World, go to TourismAfrica.org

“The time is now for Africa to move forward as one. It is not a time for distractions and ‘trial and error’ actions. Things may get much worse before it gets better and people will suffer. No one has a monopoly on ideas and everyone must be heard and invited to participate in the rebuilding of their country and this immaterial of the colour of their skin, political affiliation, religious belief or sexual difference. The time is now to PLACE SQUARE PEGS IN SQUARE HOLES AND ROUND PEGS IN ROUND HOLES. Let us be united and give Africa a break. Leaders must be brave and call on adversaries of the past to sit together to tackle the way forward as one” said Alain St.Ange, head of his Saint Ange Tourism Consultancy and former Minister of Tourism from the Seychelles from his Jakarka base where he is pushing for new ways for South-South Cooperation through FORSEAA (Forum of Small Medium Economic Africa Asean).